Okinawa is NOT Part of Japan!! 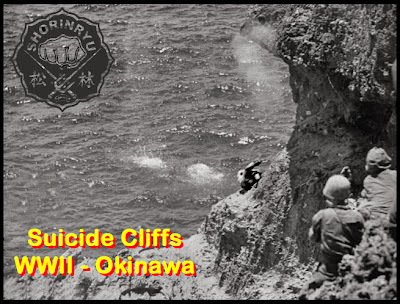 When I was first stationed in Okinawa I made the mistake of referring to the Okinawans as “Japanese”. The wife of one of my supervisors, an Okinawan by birth, quickly and some what annoyed, pointed out “I am Okinawan, I am NOT Japanese.”

When I asked what the difference was she recited a litany of how the Okinawan people had been abused, used, belittled, and treated like third class citizens by Japan.

Okinawans and Okinawa itself have a proud history of self-determination, political, diplomatic and national accomplishment far before Japan began to cast an envious eye on their island paradise. Japan and the Japanese like Okinawa (and it’s exports) but only after the Japanese “fix” whatever it is they import.

For an example look at Funakoshi, Ginchin. Clearly an Okinawan master but not accepted in Japan until he reformatted Okinawan karate to better meet the needs of the 1930's pre-WWII Japanese military society. While Shotokan is a fine style of karate, it is not Okinawan and, really, it is not Japanese much like Tae-Kwon-Do is a further modification of Shotokan. Yes, Korean Tae-Kwon-Do does have a direct lineage from Okinawan karate, regardless of what anyone says (don’t believe it? or don’t want to believe it? do the research yourself, its not a big secret.)

Back to the Okinawans. The Okinawans were used as bullet fodder in both the war in China and later the battle for Okinawa. You may remember Nagamine Shoshin actually fought in China, while not our proudest moment, he had little choice when compelled by his Japanese overlords.

You may or may not know but as the battle for Okinawa came to an end and after the sacrifice of many, many lives on all three sides, Japanese troops tried to force Okinawans to use themselves as IEDs by giving them hand grenades coupled with horror stories of how American troops would treat them and their families if captured. The Okinawans were told to sacrifice themselves for the Emperor (not theirs) and for the home island (again not theirs) (many sources hold significantly more Okinawans were killed than Japanese).


"At the hands of Japanese soldiers, civilians were massacred, forced to kill themselves and each other,"… Soldiers seeking refuge from the naval shelling forced civilians out of limestone caves and, during the fighting, out of the island's turtle-back shaped tombs, according to captions. About two weeks into the battle, the Japanese military commander sought to suppress spying by banning the speaking of Okinawan dialect, a version of Japanese often unintelligible to nonresidents. Armed with this order, Japanese soldiers killed about 1,000 Okinawans, according to local historians. Two mainstream Japanese history textbooks from the 1990's that talk of Japanese soldiers "coercing" civilians to kill themselves are on display. Now, Okinawans fear that this history will be dropped from the national consciousness. "In many cases, hand grenades, which were in extreme shortage, were distributed to residents," Masahide Ota, an Okinawan who fought here in a unit called the Blood and Iron Student Corps, said in an interview on Friday. "I heard people say they were told by the military to commit suicide using the grenades rather than becoming captives." - Masahide Ota in the New York Times


Many Okinawans fell for the propaganda and either sacrificed themselves trying to kill Americans or jumped to their deaths (many with their children) to avoid the horrors they envisioned they would experience under the American occupation. Horrors which never materialized by those who survived.


"At one place, we sat together and hit the grenade on the ground, but it did not explode," she recalled of her flight with friends after Japanese soldiers told them to kill themselves rather than be taken captive. "We tried to kill ourselves many times, trying to explode the grenade we were given from Japanese Army." - Sumie Oshiro in the New York Times.


To this date the Okinawan “Suicide Cliffs” remain a somber tourist attraction serving to remind everyone of the horrors of war. Unfortunately Japanese and American alike either do not wish to acknowledge these war crimes or choose to ignore them for other reasons. A few years ago one dojo owner asked me to remove the "Anti-Japanese" sentiment from the web site so as not to offend potential mainland Japanese students. That's a sad state of affairs on many, many levels.

This is not an Anti-Japanese posting, it is a pro-Okinawan posting. I study Okinawan karate not Japanese karate! The atorcities in Okinawan committed by the Japanese militray


"We understand that there are various views and debates over the mass suicides in Okinawa,'' the Cabinet statement said. ``The screenings of the textbooks are not based on the government's view of history." - Hideko Takayama on Bloomberg.com


Maybe the words of an Okinawan who lived through the first Japanese occupation makes the points its clearest:


"The Rev. Shigeaki Kinjo, 78 years old and in failing health, no longer wanted to talk about that fateful day 62 years ago toward the end of World War II when he beat to death his mother, younger brother and sister.

Brainwashed by Japanese Imperial Army soldiers into believing that victorious U.S. troops would rape all the local women and run over the men with their tanks, Kinjo and others in his village here in Okinawa thought that death was their only choice. A week before U.S. troops landed and initiated the Battle of Okinawa in March 1945, Japanese soldiers stationed in his village gave the men two hand grenades each, with instructions to hurl one at the Americans and then to kill themselves with the other. Most of the grenades failed to explode. After watching a former district chief break off a tree branch and use it to kill his wife and children, Kinjo and his older brother followed suit.

"My older brother and I struck to death the mother who had given birth to us," Kinjo said in an interview at the Naha Central Church, where he is the senior minister. "I was wailing, of course. We also struck to death our younger brother and sister." Kinjo agreed to tell his story again because the Japanese government is now denying, in new high school textbooks, that Okinawans had been coerced by imperial troops into committing mass suicide."


The Okinawan People are NOT Japanese!

Okinawa is NOT an extension of Japan!

Karate is NOT a Japanese art!

Posted by Cox Hakase at 11:53 PM No comments: Links to this post